Checkout the below link of TV special on IDU– with English subtitles.

incredible TV feature of IDU
Shabbat earthquake felt in Israel raises concerns at IDU HQ
An earthquake that struck Turkey Saturday afternoon was felt in parts of northern Israel.
The epicenter of the temblor was offshore near the Turkish city of Alanya. There were no immediate reports of injuries or damage anywhere. Residents in northern Israel reported feeling the quake.
The IDU continues to ready its search dogs and volunteers for a potential earthquake. "Better to be ready, than to be caught off guard. In Israel, we are the best at responding to emergencies only after they have already happened. The fact is - that if scientists are right and Israel soon experiences a more severe earthquake, G-d forbid, thousands of bodies and thousands of additional people, still alive, could be trapped under the rubble. Massive rocket attacks could wreak similar havoc. Every operational search and rescue dog that is properly trained by the IDU, can save many, many lives," said Moshe Ben Israel, IDU spokesperson. 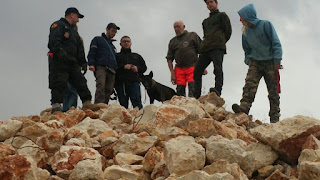 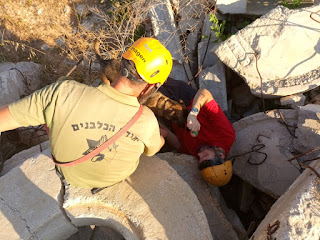 IDU security dogs and handlers fight off Arab marauders at Ariel outpost until IDF arrives
Nov 30, approximately 80 Arabs attacked 3 Jews on a new government authorized farm-village near Ariel. The Arabs injured one of the Jewish farmers and caused thousands of dollars of damages to  the Jewish property after hurling fire-bombs at vehicles and equipment. The farmers called the IDF, Police and IDU for help. The IDU arrived first on the scene after three handlers and security dogs were dispatched from the nearby Tapuach IDU HQ. The dogs and handlers "made seder" - diffused the mayhem, pushing back the Arab attackers, until the IDF arrived. 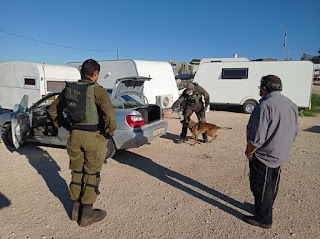 IDU helps apprehend Arab spy – collecting sensitive security information on "settlement" and army security installations in Gush Etzyon
Nov. 19, military censors allowed to publicize the apprehension of several Arab terrorists who were plotting to commit terrorist attacks in the Gush Etzyon Region. Several months ago the IDU conducted a successful surveillance operation and ambush with specially trained dogs, playing a key role in the detection and arrest of an Arab terrorist who had been filming Judean towns and security installations. This all occurred several months before the current headline hit the press and passed through military censorship. Unfortunately, we are not at liberty to share pics of the apprehension of the Arab terror suspect. 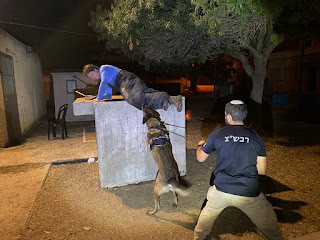 IDU finds and rescues missing people
This month we succeeded in saving the lives of at least three missing people, one of whom is a professor at University of Haifa who had gone missing in the wilderness behind his home in Nesher. Another, a former professor of psychology who recently had a stroke that left him with cognitive impairment and degeneration.
The IDU continues to provide free shows on behalf of special needs children and adults
Nov 9th the Efrat branch of the IDU held a special dog-show for special needs kids and adults in Efrat. Chanukah, another big IDU show on behalf of special-needs children and adults is planned for Modiin Elite's 'Notnim" organization. 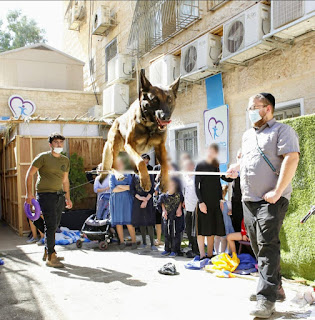 Nov. 8th IDU delivered another dog to the Lial Pre- Military Academy in the Jordan Valley
The joint program between the IDU and the Lial Pre-military Academy kicked off another year of a joint program in which the IDU provides dogs and training to cadets at Lial, who in turn volunteer  their services on security and SAR operations. The IDU dispatched "Juno" a feisty Belgium Shepherd to the Lial Academy. Achiya, Talmon and Bat Ayin have requested security dogs. The IDU hopes to dispatch new dogs to these areas, and to deploy them with security personnel there to begin their advanced training, to provide much needed additional security to these towns. 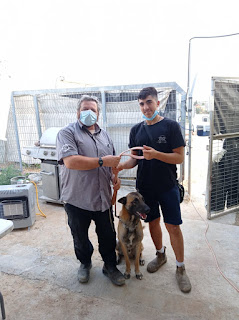 The IDU HQ provided a drone and a new drone course to Gush Etzyon IDU branch
Nov. 5th after adding an additional drone to the IDU's fleet of drones, the unit placed a drone with the Gush Etzyon-Efrat branch, and enlisted six new future "pilots" from Efrat-Gush Etzyon. The new "pilots in training" entered a course that will provide them with the necessary knowledge and skills to fly the drones on security and SAR operations.
Motorized Person Plane
IDU adds PPR Motorized Person Planes
The newest addition to the IDU is not a bird and it's not a plane but rather a motorized-person-plane. This new department will surely boost the IDU capabilities on searches for missing people or detection of suspicious movement on the ground below, enabling the IDU to hover close to the ground and fly as far as 100 kilometers covering area far quicker and further than drones could,while swiftly covering ground that we might not be able to cover completely with horses, dogs and jeeps 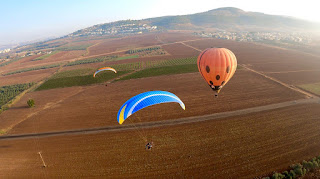 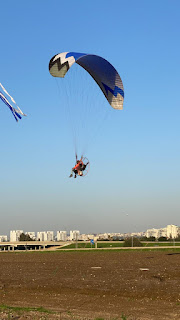 THE IDU is in DESPERATE NEED of additional FINANCIAL SUPPORT during these difficult and challenging Corona Virus times. There are more security and SAR emergencies than ever. In many instances we are the first and last line of defense for many towns that rely upon us to help prevent terror attacks and infiltrations. With regard to search and rescue of missing people the IDU continues to save lives and to provide a service that no other unit is able to provide.