The Israel Dog Unit continues to spearhead the search for Moshe Eli Ilovitz, father of five from Moddiim, who went missing from Miron before Lag BaOmer. 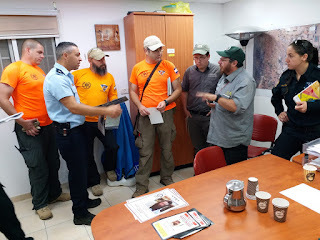 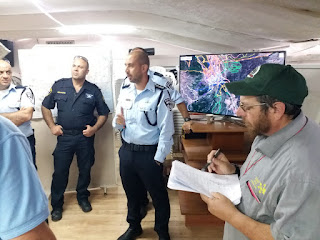 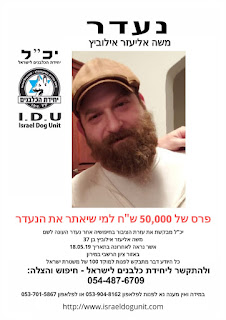 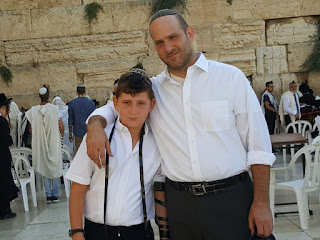 To donate to the Israel Dog Unit:
To donate via PayPal please click here
Posted by Mike at 12:13 PM No comments: 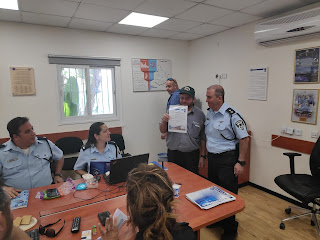 To donate to the Israel Dog Unit:
To donate via PayPal please click here
Posted by Mike at 12:06 PM No comments:

Memorial for Shlomo Rindenow HY''D, on the 3rd anniversary of his death

Memorial for Shlomo Rindenow HY''D, on the 3rd anniversary of his death

The I.D.U. paid their respects to Shlomo Rindenow, HY”D (July 14th) who was killed 3 years ago in the line of his military service in the Golan Heights. Shlomo had made Aliya from New Jersey, joined the Israel Dog Unit I.D.U.  for a tour of duty for several months and then joined the IDF as a lone soldier.(Pictured below) 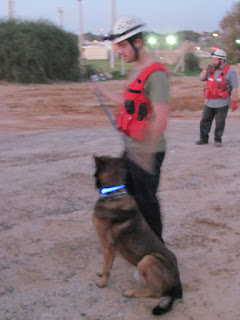 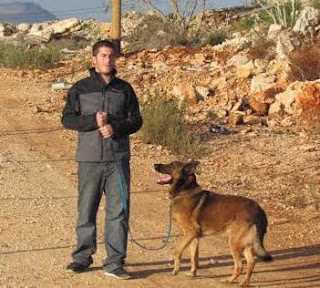 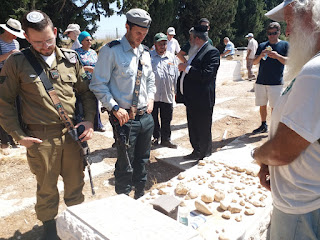 To donate to the Israel Dog Unit:
To donate via PayPal please click here 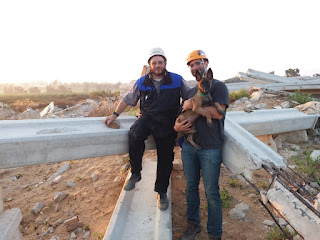 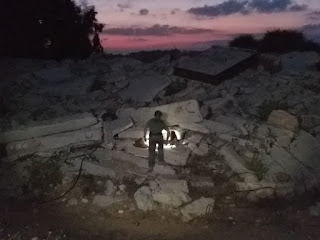 Video of rubble-site training shows how we commence training with pups at three months old on a site specially designed by the IDF to simulate fallout of earthquakes, or collapsed buildings due to rocket attacks, G-d forbid:
https://www.facebook.com/100021919934375/videos/521430895264237/
The pups are exposed to the site and learn to indicate where there are people trapped under the rubble who await rescue.
Earthquake Predicted
Scientists predict that Israel is due for a major earthquake in the near future (Israel experiences a major quake approximately every 95 years). If such a quake would hit Israel, along the Syrian-African fault line, with the intensity of the last major quake, 400,000 buildings could collapse leaving an estimated 15,000 people dead or trapped alive under the rubble.
We must prepare for such a possibility and train many more SAR dogs and handlers. One need not wait to catch a pneumonia to buy an umbrella (reference to a Max Nordau quote brought down by Zev Jabotinsky in his speeches and in his book – Story of The Jewish Legion, who asked why Jews were not more pro-active to save themselves from obvious future threats and calamities, and why do they always seem to wait until disaster arrives to begin to deal with problems that should have been foreseen long ago?)
Indeed one need not wait until an earthquake hits Israel or until hundreds if not thousands of buildings collapse due to Hizbullah rocket attacks in the next war. He who is smart sees the future. Especially when the obvious fallout so prominently steers us right in the face. He who cooks for Shabbat, eats on Shabbat. He who supports the Israel Dog Unit today, saves many lives today and in the future.
The Jewish People don’t only have to be the best at responding. In fact, I’m sick and tired of unnecessary death caused by the mindset of ignoring prevention and sufficing for cleaning up a mess that should never have occurred. This is equally true when it comes to training and readying ourselves with SAR dogs as well as security dogs to patrol Jewish towns and to keep the terrorists out of the “settlements”. I don’t want to downplay the importance of those who engage in this holy work, after the the tragedy hits so as to minimize the negative effects of the damage after the fact, but let us be smart and to prevent the damage in advance, to the best of our ability.

To donate to the Israel Dog Unit:
To donate via PayPal please click here 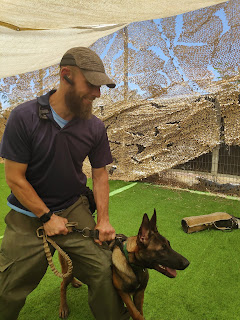 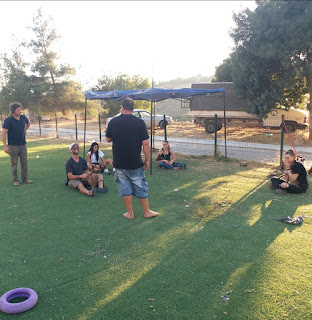 ---------------------
Members of the “koach mirdaf” who pursue thieves and terrorists who engage in agricultural terror have commenced training with security/tracking dogs that they have received from the IDU.
--------------------
Deputy Chief of security of the Barkan Industrial Area also joined IDU training this week, pictured below: 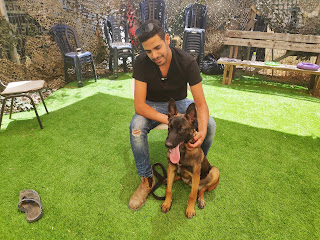 Barkan suffered multiple attacks over the past year. Unfortunately, they had no tracking or patrol dogs back then. 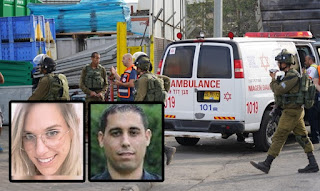 (On the morning of 7 October 2018, a “Palestinian” gunman opened fire on several Israelis in the Barkan Industrial Park, killing two Israelis - Kim Levengrond Yechezkel, Hy”d, and Ziv Hajabi, Hy”d  and critically injuring another.)


This brings the total number of security patrol or tracking dogs in the IDU security division to 72. An additional 350 guard dogs have also been placed joining more than 30 Search and Rescue Dogs.
To donate to the Israel Dog Unit:
To donate via PayPal please click here 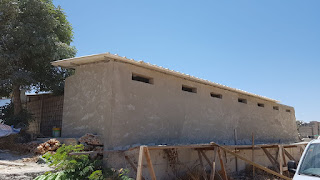 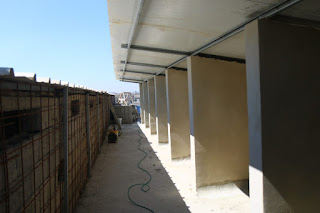 Kennel construction near completion. Work frozen due to lack of funds.

We do not have the luxury to say "no" to those who call out for our life-saving services when they beseech us to rush to their aid with specially trained security or SAR dogs. It could very well mean the difference between life and death for a missing person or for an entire family who live on a yishuv that has been infiltrated by a blood-thirsty Arab terrorist who seeks to murder innocent men, women and children.

It is of paramount importance that a well-trained dog with a professional dog-handler be dispatched to the scene as quickly as possible.

Help us complete the building of additional kennels and additional dorms to house our noble volunteers. We have frozen construction due to lack of funds, however, we desperately must continue - so that we can house the new dogs and volunteers who will be arriving shortly.

To donate through paypal: