Email ThisBlogThis!Share to TwitterShare to FacebookShare to Pinterest
Posted by Mike at 5:02 PM No comments:

2-Italian Quake has more than some Israelis on edge - and for good reason. Dogs needed.

6- Truth leaking out about the killing of I.D.U. volunteer Shlomo Rindenow

See the above link about the girl who was found and rescued by a good tracking dog in America, and understand the importance and the significance of supporting  I.D.U. the Israel Dog Unit as we work round-the-clock to train and ready more operational tracking/trailing dogs. We need your support to continue our vital work. Please send your generous contribution to Maginei Eretz LMaan Hazulat – POBox 6592 Jerusalem Israel 91060

Earthquake in Italy –was a wake-up call for some Israelis. – I.D.U. Israel Dog Unit is working overtime to prepare dogs and volunteers to search under rubble of collapsed buildings (which can be as a result of rocket attacks, gas explosions or earthquakes). (Join training this Thursday near Netanya in IDF rubble site with the I.D.U..) Call 0544876709 if you wish to join. 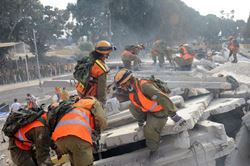 The Israeli press was inundated with articles about Israel’s lack of state of readiness if G-d forbid there should be an earthquake in the Holy Land, something that Israeli scientists are predicting. It is known that Israel experiences severe quakes every 90 or so years. If this is indeed the case, then Israel could suffer an earthquake in the very near future. Experts predict that such a quake could leave thousands dead and thousands more trapped alive under the rubble. Good SAR dogs that are trained to sniff people trapped beneath the collapsed buildings could save hundreds if not thousands of lives.
It is for this reason that the Israel Dog Unit is working harder than ever to ready as many dogs and handlers as possible.

I.D.U. to allocate security dog for the family of Hallel Ariel HY”D, the 13 year old girl who was murdered in her bed by an Arab terrorist last month.
I.D.U. to allocate protection dog for the family of Noam Federman in Kiryat Arba. Authorities have warned him that his name appears on a terrorist hit-list. Arabs who were recently spotted surveilling Federman’s farm, managed to evade capture and arrest after jumping a nearby fence and escaping the Federmans and IDF troops who were in hot-pursuit of them.
IDU to allocate security dog for the family of Arella Levy in Mitzpeh Yair. Arella is the humble engineer and tour guide who found and recovered the bodies of the three Jewish teens, who were kidnapped and buried in Beit Kahil two years ago. 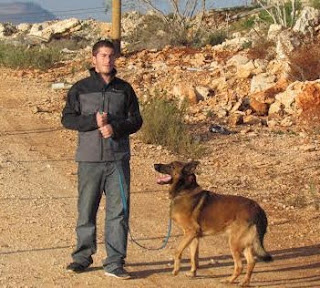 Is the untimely death of Shlomo Rindenow another killing whitewashed by Israeli leaders with a crooked agenda to feed us more lies about peace, love and coeexistence? 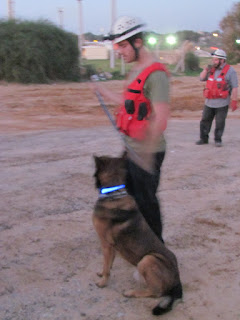 Are we, the Israeli public, mere pawns in their satanic political chess game being fed lies about Jews who were “accidentally” murdered, lest we demand action and upset the delicate balance of relations between Jews and gentiles in the land?

Regardless, it is becoming clearer and clearer that Justice for Shlomo Rindenow, is not something the IDF will volunteer to do without public pressure from those who care about Shlomo’s memory and about future cover-ups.

Mekor Rishon’s weekend edition 28.8.16 lminyanam revealed chilling testimony by Ilanit Shaharabni the mother of Ofek, the commander who was also wounded in the mysterious grenade explosion that killed Shlomo Rindenow. Until that eye-opening interview with Ilanit very few facts have surfaced in the media to explain the circumstances in this bizarre incident that left two soliders dead and three others injured. Thus far, all that has leaked out through the media is that Hussam Taffash the driver of the jeep exited the vehicle with a stolen hand grenade, and that seconds later Shlomo, who was standing outside of the jeep was killed together with Hassam Taffash himself.

Ofek Shaharabani has now shed much more light on the situation through his mother Ilanit, quoting her injured son. According to Shaharabani, the driver of the jeep exited the car with a hand grenade with intent to scare or harass Shlomo. Shaharabani, the commander, said, he left the jeep and said, “watch how I scare Shlomo.” Ofek added that while he was unaware what the Druze driver was carrying, he soon saw the pin of the grenade fall on the floor and next came the explosion. After that, he remembered nothing, as he was critically wounded and unconscious himself. In an earlier interview Ofek Shaharabani was quoted saying that he shouted “no” to Hassam, before he killed Shlomo. Ofek who lost an eye and all movement on one side of his body and who has experienced a partial yet miraculous recovery, was not initially told about Shlomo’s death. The first thing he asked about while recovering in the hospital was, “How is his soldier Shlomo?”

The army is being charged with covering-up the true circumstances that led to Shlomo’s death so as not to upset Jew-Druze relations. Thus far the IDF refuses to publish its findings saying only that the investigation is still pending. In the meantime, the media has erroneously equated the killer and his victim with headlines such as, “Two soldiers killed in Golan grenade explosion.”

No media outlet or IDF spokesman has even suggested the possibility that the Druze soldier might have killed Shlomo intentionally or accidentally while trying to threaten and intimidate him.
Is this another cover up to mislead the Israeli public lest they learn the real truth about the flimsy coexistence between Jews and Druze in the land of Israel?

Is this case a rerun of the Natanel Arami murder that authorities tried to pawn off to his family and to the public as an accident? The police later conceded that Arabs cut his rope while he was rappelling down a building. Is this another replica of the Moshe Talabi Murder case? It took the police years to admit that Talabi was murdered and that he did not commit suicide.

The killing of Shlomo Rindenow  is reminiscent of those cases, where it took public pressure from the family and friends of the victims before police conceded that they were in fact nationalist hate crimes.  We saw this same type of cover-up with the stone-throwing murder of Asher Palmer and his son Yonatan and in the murder of Shelly Dadon, and so many others. What won’t the Israeli authorities and media do to distort the truth? Everything and anything goes in the holy battle to broadcast lies to the Jews about how much our enemies love us. The fact is that more and more Israeli Arabs openly endorse the most radical Islamic factions. The fact is that more and more young Druze openly identify with the terrorist struggle of the so called Palestinians. That which was, is not necessarily that which is. Young Druze are not old Druze. Times have changed.

Was this a deliberate nationalist murder? Was this only a dangerous game to intimidate Shlomo that went awry? I don’t know the answer to those questions. But I can not say that I trust the IDF to volunteer the truth, without pressure from Jews who honor the memory of Shlomo Rindenow and who seek justice for Shlomo.

I.D.U. The Israel Dog unit that Shlomo had served in before he enlisted into the IDF, will continue to demand answers and to demand that the I.D.F. publish its findings. There is little to investigate here, other than 2-3 eyewitnesses and friends of the killer and his victim, to learn more about any earlier quarrel that might have existed between the two. Nonsense about needing more time to investigate is an insult to our intelligence, the deceased and to his bereaved family. I can’t be certain that this is again the case. However, if it is not so, then what have they to hide?